PROJECT OVERVIEW:
Situated near Lake Erie in downtown Cleveland, the 235,000 square foot Global Center for Health Innovation is part of $465 million building project to construct a permanent showroom of medical, surgical and hospital goods along with a new convention center. The goal of the project is to leverage Cleveland’s reputation as a world class medical research hub (anchored by the Cleveland Clinic and University Hospitals) by bringing medical shows and conventions to the city.

EFFICIENT BUILDING ENVELOPE:
The exterior curtain walls consist of energy efficient windows (patterned to represent a DNA profile) set in 6” thick rectangular pre-cast concrete assemblies. The walls were originally specified to be insulated with mineral wool covered with a sheet vapor barrier. After careful performance and cost analysis, the specification was switched to the Staycell® HYBRID System as it provides superior thermal insulation, moisture/condensation control and air infiltration control.

The Staycell® HYBRID System application consisted of 3.5” Staycell® 265 covered with 1” Staycell ONE STEP® 255 intumescent spray foam insulation. Prior to start, PSI conducted a WUFI analysis (hygrothermal building modeling program used to predict moisture and thermal transport in building envelope systems over a period of time) to confirm thickness and performance.

In addition to performance attributes, one critical issue that concerned the architects regarded fire safety, with two primary factors in mind:

Fire safety during construction; i.e. after the foam is applied but before the drywall is installed to protect from torches and welding sparks.

Protect against fires that may occur in the future behind the drywall caused by electrical shorts or maintenance activities.

The Staycell HYBRID® System was specified as it complies with the code and fire safety requirements of the International Building Code (IBC) when left exposed in occupied spaces without thermal barriers. 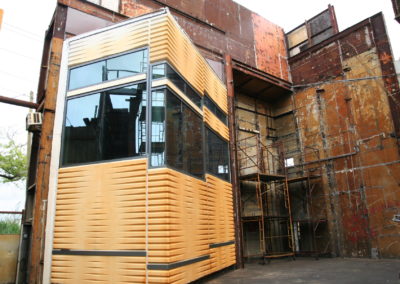 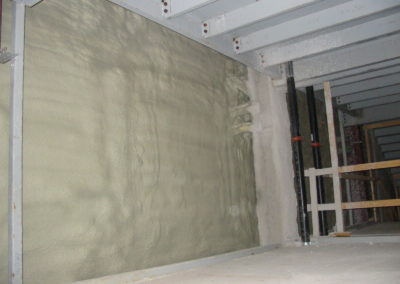 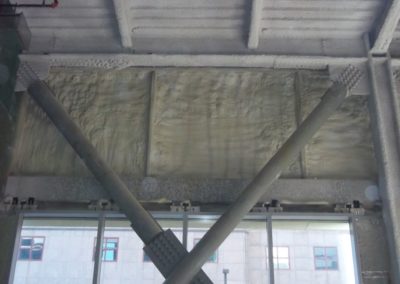 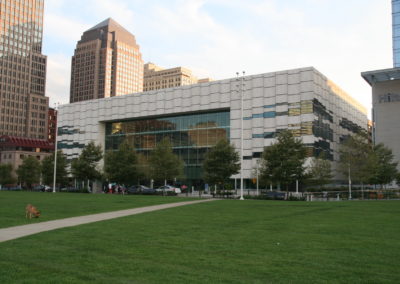